SHARING GOALS AND IDENTIFYING WITH A PLACE CREATES A COMMUNITY

ZK/U has initiated a debate on urban furniture and outdoor advertising in Berlin where it’s based. How do the artists from ZK/U get people involved in caring about urban furniture? And have new concepts of urban sharing developed in Berlin? Find the answers in the interview with Matthias Einhoff, co-founder and artistic director of ZK/U and Miodrag Kuč, artist and urban theorist at ZK/U, Berlin, Germany. 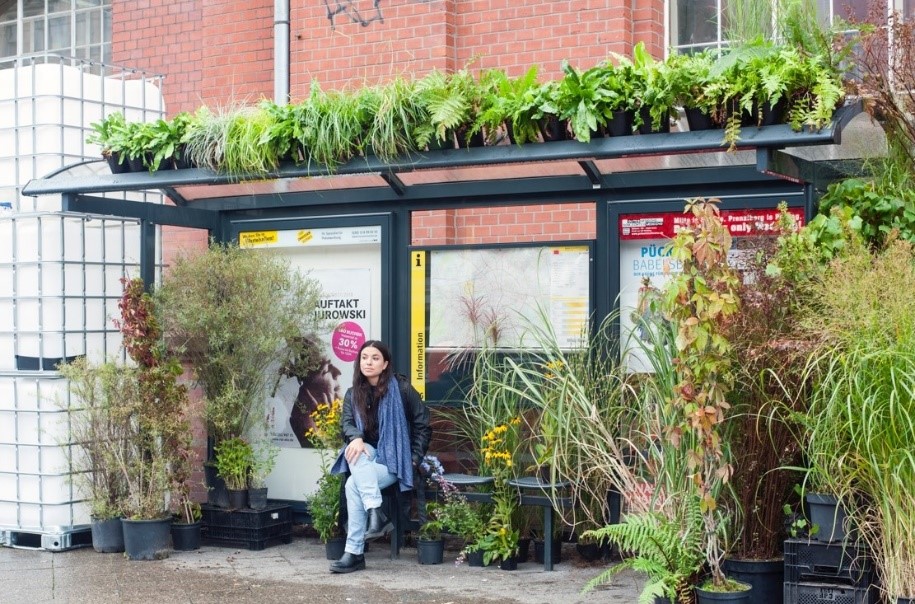 “A common goal or interest unifies people – where people see personal benefit, they tend to work together and create a community. So, set goals!”

Matthias: Urban citizens have been asking more and more to be informed and to be involved in the decision-making processes on how ‘their’ public spaces work and what they look like. Especially in the last 10 years, a growing civil society movement has become more widespread as well-educated middleclass people have taken the initiative to shape urban planning. Obviously, people are more active when they have the time and the resources to do so. This is true not just for Berlin, but for Zürich, Prague or any other city.

How do you get people involved in caring about urban furniture – what their bus stops, public bathrooms or trash cans look like?

Matthias: When people feel attached to a place, like their neighbourhood, they care about it, they feel that they can have an impact. If the political structures are open enough with processes allowing for public participation, then it’s likely that citizens will get involved in shaping their surroundings. Unfortunately, people’s involvement doesn’t always happen automatically. It can, however, be encouraged and trained. As for urban furniture, people tend to be more interested in how things are run as a service, not just what let’s say public toilets looks like. Transparency seems to be what people care about the most.

As part of your research project, new prototypes of urban products were created. What are you favourite ones?

Mio: For me it’s Martin Binder who designed a fictive catalogue “Safe & Urban”. Addressing safety in public space and taking the fears of citizens seriously, Martin designed 26 products – my favourite ones are an automatic pepper spray or a nude zone. His portfolio makes people think about social and cultural aspects of products we use in the city.

Matthias: I love them all! We hosted a “Hacking Urban Furniture” exhibition in March 2018 in Berlin to showcase the urban product design of different artists. Like Mio, I also liked the edgy comments questioning xenophobia in Martin Binder’s product catalogue. I also enjoyed working on a tool that allows you to lift one of these space-robbing cars and to use the energy it generates while descending for powering a light and sound system.

You also organized a Hacking Urban Furniture conference in April 2017 as part of Shared Cities? What were the main findings?

Matthias: For me the main takeaway was that the understanding of public space is very diverse across the world. From the challenges of everyday life in Cairo – using public space for temporary purposes like a market popping up for a few hours in the street, to the beautification efforts in Teheran – where public space is controlled top-down by the government, to the commercial struggles of Sao Paolo or the economy-driven public spaces in Western Europe. All in all, we witnessed great diversity of how public space is run. In the age of globalization, there is no strict dogmatic way.

ZK/U organizes “Güterverkehr” – a public platform testing new ways of manufacturing products. What kind of products did you develop?

Mio: Güterverkehr is a production and communication platform continuously testing cooperative forms of production. Based on the pre-industrial manufacturing ideal, diverse crafts collaborate with the goal of achieving high-quality products with a local identity. Out of the 22 Güterverkehr events we organized, one of the highlights for me was the one focusing on fermentation processes – how Asians make miso rice or how the Eastern European way based on acids and butter works. Great was also the “Nachbarschaft” one – a local community dealing with DIY cosmetics as an answer to the unified products of drug store networks. It’s easy to produce cosmetics – like shampoo or a roll-on – and to do so without unnecessary chemical additives.

Berlin is a trend-setter among European cities. Have new concepts of urban sharing developed in the city recently?

Matthias: We’ve seen new models of truly inclusive urban planning in the city. The cycling community has gained power and mobility around Berlin has increased as a result. As for sharing things, in previous decades, people were afraid to share their car or other resources. In the last 10 years, however, communication tools have made the distribution of things and services more efficient. Today, what we see online neighbourhood platforms – facilitating the sharing of tools, labour and giving things a second life-cycle. Cities today are dealing with the scarcity of space – in Berlin this triggered the development of new ways of sharing it – shared living or working spaces.

Mio: Yes, in the last four years the housing situation in Berlin has become more dramatic – as the number of inhabitants has been rising faster than affordable housing options. In response, Berlin government now organizes inter-generational flats. It has also brought about sharing innovation – many self-organized communities live in housing complexes – sharing spaces like bike rooms, laundry rooms or rooftops – leaving private space only for sleeping. Another new housing model is that people rent abandoned properties in rural areas surrounding the city of Berlin – with good infrastructure like train lines. This trend is refreshing the suburban housing style.

What does it take to build a community in a big city – like Z/KU?

Matthias: A common goal or interest unifies people – where people see personal benefit, they tend to work together and create a community. So, set goals! Also, when people identify with a space like their neighbourhood, they are connected and develop into a community.

Mio: I would just add that not only a common goal creates a community, but also shared struggles can bring different people together.