An interview on urban data, citizen engagement strategies and smart city with Michiel de Lange: The bottom line of any municipal data project is to strengthen public values through data The role of data in today’s cities is already pretty huge and will only become more important. […] a yet untapped potential of using data for engaging citizens with their environment, and allowing them to have a say in the future of their cities. 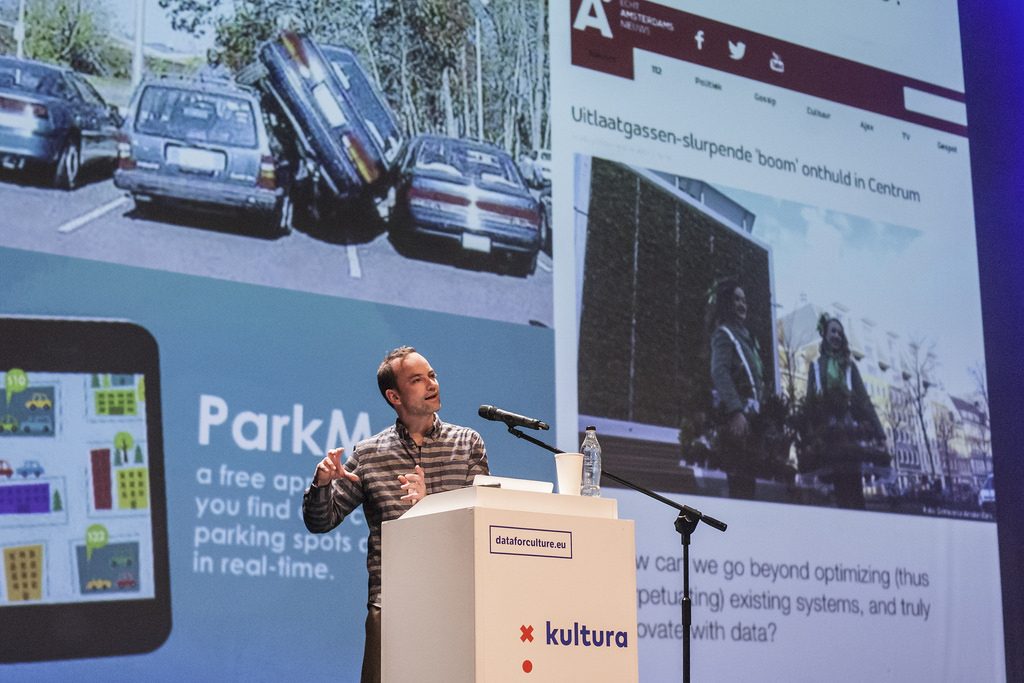 An interview on urban data, citizen engagement strategies and smart city with Michiel de Lange from Utrecht University, Netherlands, who gave a lecture at the Data (for) Culture conference in Katowice in December 2017.

Łukasz Mirocha: What is the role of data in the city of 2018?

Michiel de Lange: The role of data in today’s cities is already pretty huge and will only become more important. Data are being used extensively by many cities throughout the world for a variety of purposes, like monitoring infrastructures and services, crime fighting, managing traffic, pedestrian flows, social media monitoring, risk analysis, and much much more.

ŁM: What aspects of data generation and management in the urban context are particularly interesting to you?

MdL: Issues that concern me are, among others, that, first, the deployment of data tends to be primarily about management and control, and second, it tends to obscure from sight and scrutiny the myriad of implications for public urban life. My colleague Karin van Es already pointed out in another interview for Medialab Katowice, that data never speak for themselves.

MdL: As we know, data are not given but taken. This process of taking data, and constructing a certain image of reality through data, I find very intriguing on an epistemological level. What kinds of knowledge does this foster, what cannot be known, what remains hidden from sight? Recently, I have explored this theme in a ‘Critical Making’ workshop about urban data, which involved interdisciplinary teams of Humanities and Arts students and creative coders, working together on imagining the possible narratives behind data creation. Also, a yet untapped potential of using data for engaging citizens with their environment, and allowing them to have a say in the future of their cities. That is a longer-running programmatic theme I am interested in.

ŁM: What is left of the early-2000s Smart City idea? Has the corporate vision of the smart city, based on closed, proprietary data management services and solutions, prevailed?

MdL: Businesses seem to move away from the initial overblown promises of the smart city as technology-driven urban management, and instead appear to turn to practical applications built on the Internet of Things. However, I believe that civic discourses around the smart city have gained a solid foothold.

ŁM: There is still hope for the participatory, open-data smart city, then? What does it look like in the Netherlands and at the EU level?

MdL: Absolutely. This people-centric perspective is supported both in and outside of academia, by funding schemes, programs, organizations, researchers, artists, designers. For example, I am part of a recently awarded Creative Industries project called “Designing for controversies in responsible smart cities”. Which is a collaboration between two Dutch universities, the municipality of Amersfoort (a mid-sized, centrally located city in the Netherlands), and various private partners.

ŁM: Can you predict any research outcomes of this project at this point?

MdL: In the next few years, we’ll investigate ways of engaging people with smart technologies by focussing on the frictions they engender. By involving a law office as a partner, legal questions about data ownership and proprietary vs. open data shall be addressed as part of our project. These are controversial issues that have not yet been adequately publicly discussed. It is my hope that by focussing on such controversial issues, we shall be able to tell better stories about the civic datafied smart city. These stories will be very different from the frictionless, sanitized and boring technology-driven smart city visions. Precisely because they highlight frictions and struggles, they will actually be more believable and relatable.

ŁM: The question of responsibility in data management leads us to ethical but also political questions: What is at stake here – are there any alternatives to data commons/data sharing? What would be the consequences of outsourcing city-related data management services to actors using proprietary standards and services?

MdL: In the Netherlands and in the EU, there is a strong push for safety, as we see in efforts to expand the rights of government intelligence to collect and store data. Together with proprietary commercial interests in data, I think this is often at odds with the demand for more openness and the public potentials of data. We need to seriously consider whether key public services can be outsourced to commercial parties. Indeed, this is a political question of how to best organize and safeguard public services. Bottom line questions at stake in any municipal data project are: who actually benefits and how the project can best help to strengthen public values.

ŁM: What are, then, the best strategies to strengthen public values and to enrich citizens’ life in the city through applying open data and urban data commons strategies?

MdL: Data can help foster a civic commons in multiple ways. For example, data can help to create new publics around shared issues of concern, to visualize, and hence make actionable, otherwise abstract problems like air pollution, to create strong narratives about public concerns and ideals (what kind of city do we want?), and to pool resources to sustain collective efforts and contribute to the commons. I have written a draft paper about this.

MdL: When we focus on the data part of participatory smart cities, in my view, cities have to work hard on creating accessible, meaningful and empowering data interfaces. I am not a policy expert but I do have some rudimentary suggestions. On the procedural level of policy, this means involving a variety of groups and people, making sure their voices are heard and actually taken into account, allowing data platforms to be writable (citizens can contribute data themselves), and experimenting with productive formats for data-driven dialogues that are situated in meaningful places and events, rather than online only. On the conditional level of policy, it means safeguarding the public nature of participatory smart cities. We can think for instance about commons-based licensing systems (e.g. Creative Commons), determining clear indicators to assess public benefits of data, policy measures that stimulate the sharing of data, the formation of self-organized civic institutions and the inclusion of broad segments of society, and measures that protect public data resources from misuse and freeriders.

ŁM: To what extent can city-scale data commons solutions be useful in implementing grass-roots/citizen-initiated services and projects that are based i.a. on sharing economy or participatory budget?

MdL: In my view, such solutions can only be useful when they do not merely support experiment but also prescribe or codify what happens with the results and who benefits, and makes sure that this passes the keystone of the public interest. Hence, in order to strengthen the public qualities of civic initiatives, the conditional, institutional level of (data) policies are just as important as the ‘urban labs’, the experiments, the prototypes, if not more in the long run. Otherwise, the sharing economy is just another word for neoliberal laissez-faire capitalism in which the social domain, too, becomes monetized. Moreover, not all citizen-led action is inherently good or desirable, so there needs to be a way to debate and negotiate desirability. 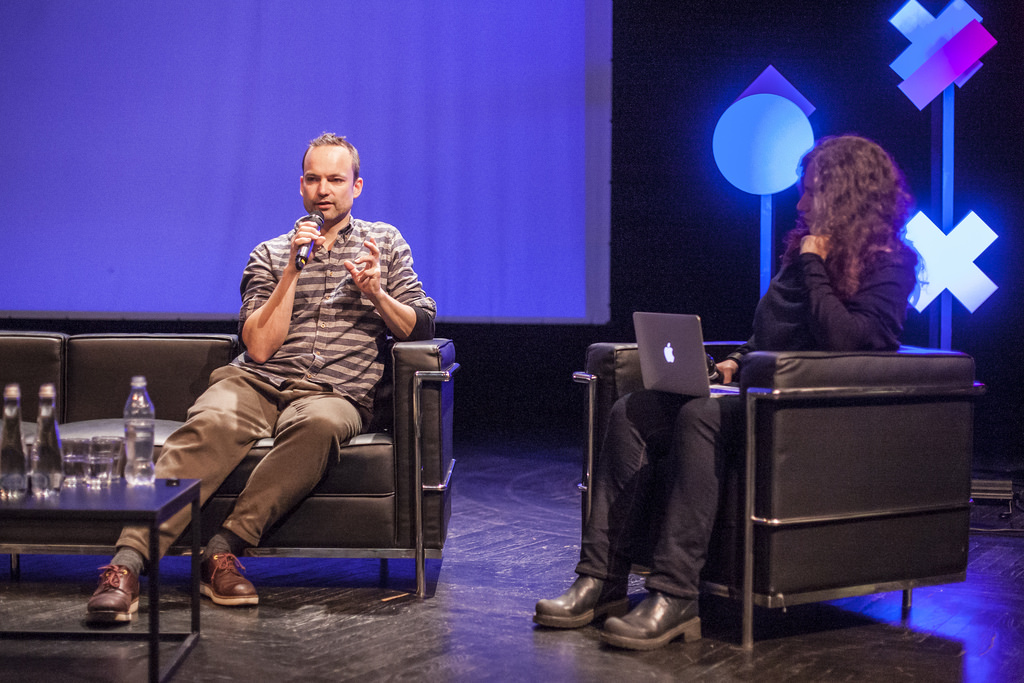