In the framework of the Hacking Urban Furniture research project, KUNSTrePUBLIK invited the artist-duo Adam Page and Eva Hertzsch to redesign their artwork Executive Box, originally made for documenta X (Kassel, 1997). The work has been re-contextualised asking important questions of ownership, privilege and the right-to-the-city in relation to shared infrastructures. 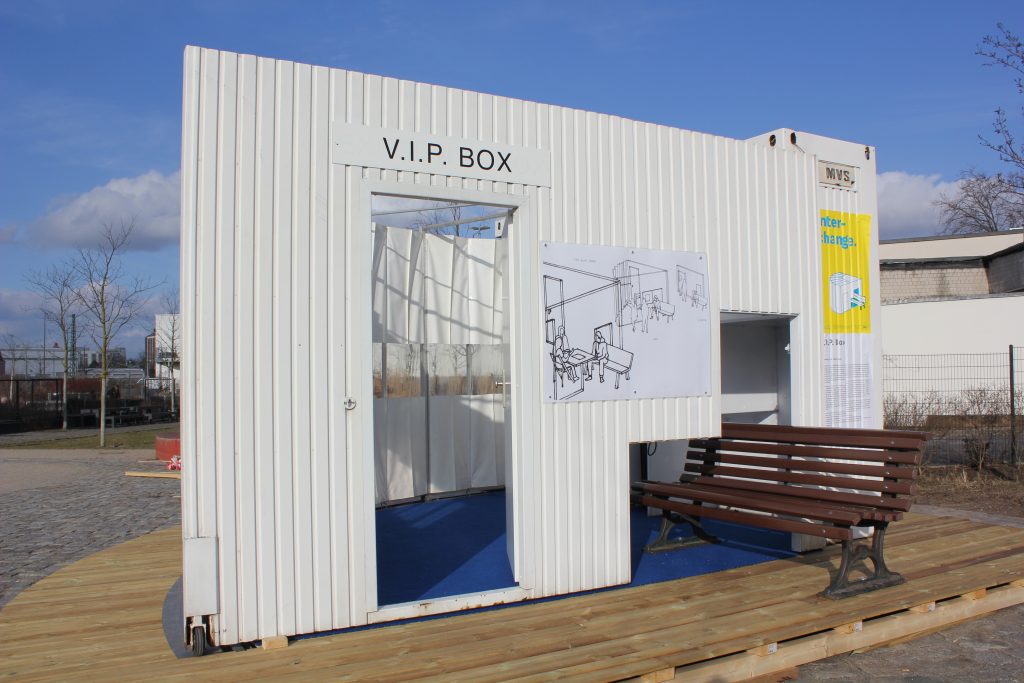 The starting point was an accordion-like container which forms a semi-public situation for the anonymous user. By placing it in the ZK/U-public park in Moabit, the artists address hyperlocal problematics such as the lack of open spaces for local youngsters, occasional vandalism and the complicated relation between ZK/U as socio-cultural centre and diverse communities hanging out in the park. 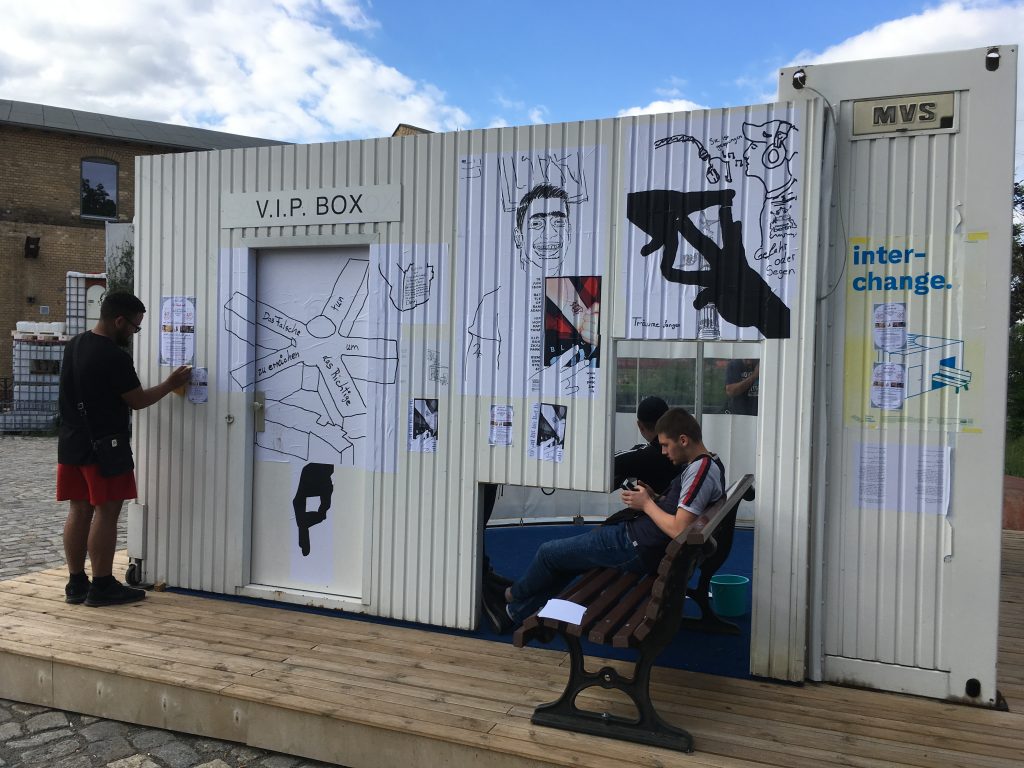 During the Hacking Urban Furniture exhibition in March 2018, first experiments were made with local youth club Karame e.V , working with a group of young hip-hop enthusiasts in search of an open-mic studio/place during the summer. This approach, in which “shared space” is defined by types of use and by the appropriation of space, opened-up important discourses on the questions of responsibility, legibility and the generosity of the individual towards the common.

After the initial development of the topic-clusters and possible project partners, a second round of workshops were dedicated to the creative expressions of the youngsters and their visions for the V.I.P-Box. Themes such as peer-pressure, gangster-rap, individual strengths and hand-language, established corridors of communication between artists, social workers and youngsters, helping to develop the program for the summer months..Under the slogan Doing wrong to achieve right, a series of posters has been produced and stuck around the neighbourhood, inviting people for the first self-produced public event in the V.I.P. Box. 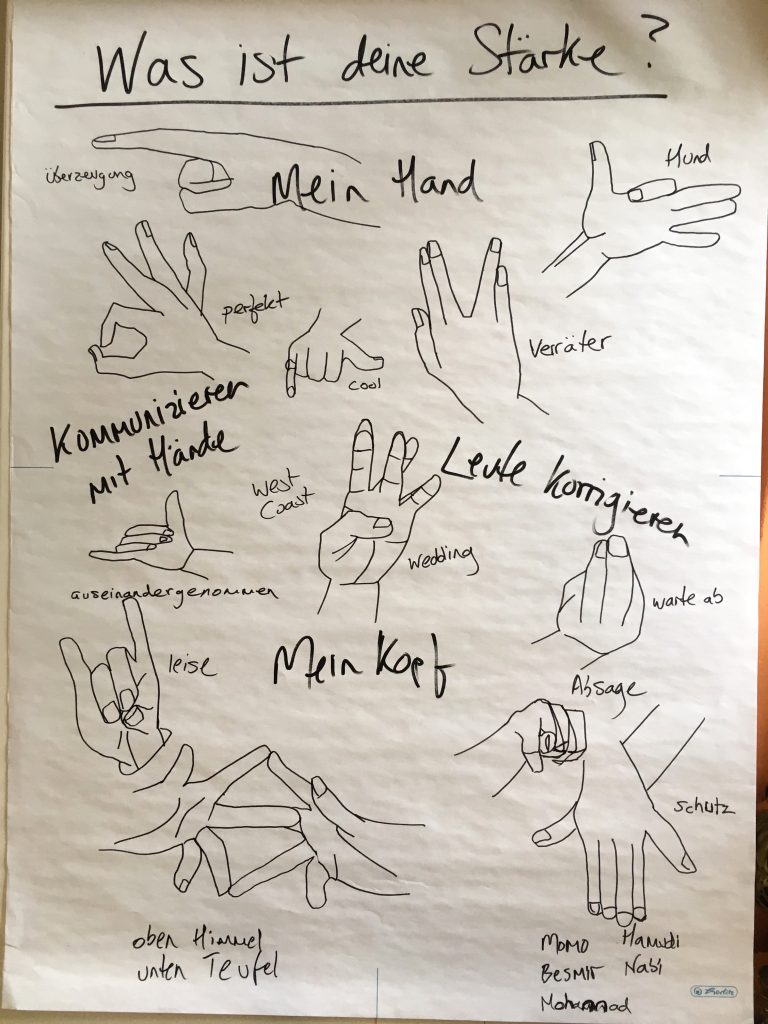 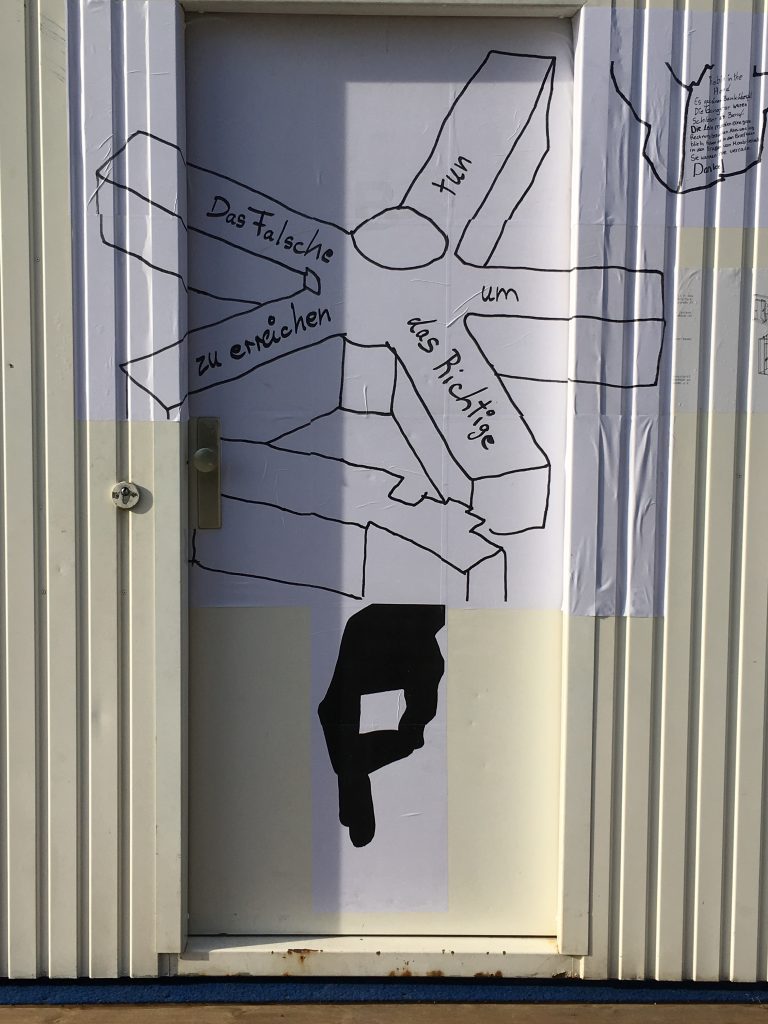 The first public event organised by a local crew with the title ‘Battle of Ramadan’ was a mix of short and looped stage-acts, combined with a BBQ and refreshments. It lasted till late evening and unexpectedly provoked another hip-hop crew who hang out in the park to accept and challenge other rappers in the ‘battle’. As a result of getting-to-know-each-other, we are negotiating studio rental from the music-label Respekt! Berlin (a project by Karame e.V) and hopefully create links between existing music-infrastructures and emerging talents (without institutional interventions).

Additionally, this event was a major contrast to the current Berlin-Biannual and its international contemporary art audience, happening on the ZK/U premises. Visitors had a chance to experience an authentic ‘hood-event’ and rethink the art world’s champagne-vernissages as elitist gatherings. It also reminded us about ongoing confrontations in relation to ‘being loud’ in the public space, opening discussion about subjective and regulated. 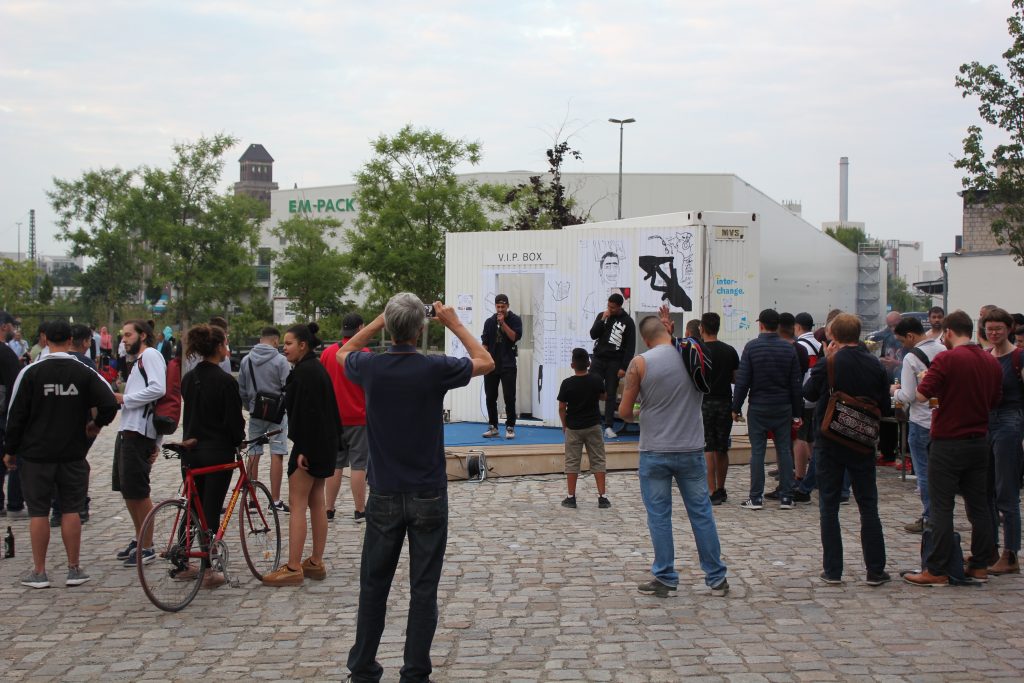 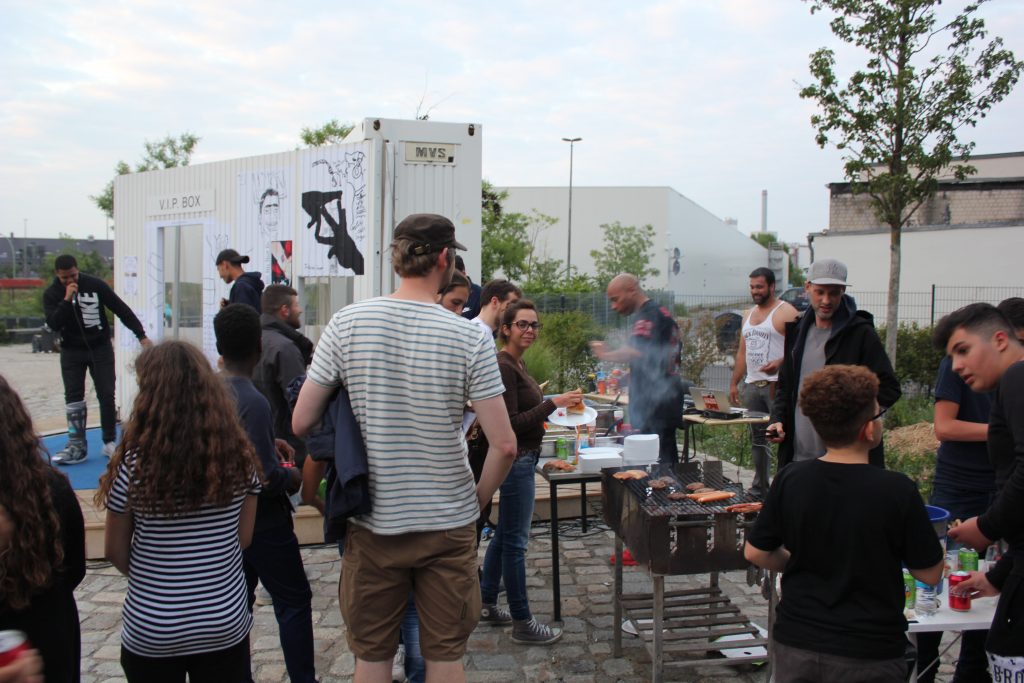 Finally, at the occasion of Football World Cup 2018, the use of V.I.P-Box has been extended to critical public viewing, as part of wider collective infrastructure through the project Fussballaballa. It provides ‘VIP-places’ for the local youth, beyond FIFA regulation of behaviour, consumption and data-collection. It also allows youngsters to add a sound layer over the official commentators and ‘football-experts’, making the experience of collective watching fit the current mood. 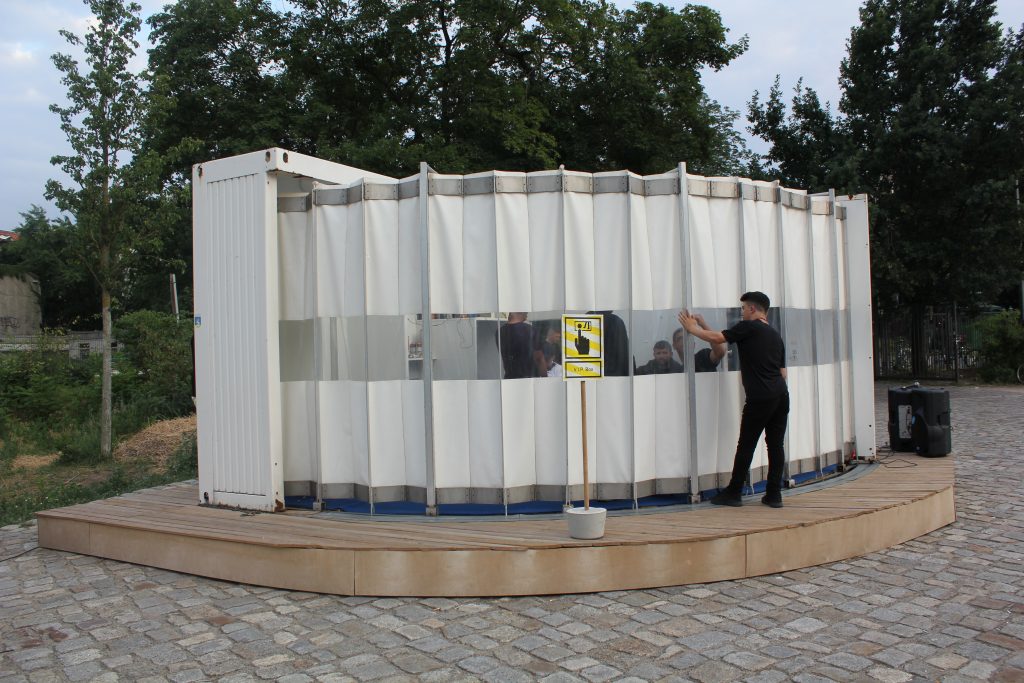 Currently we are working on expanding the network of possible users, but also translating the partnerships into the further actions around the neighbourhood. We already tested this by involving the VIP-Box team in the local initiative ReUNION Square, which is rethinking the dilapidated public space between the local subway station and ZK/U. In addition, we reserved a time-slot for the youngsters at the Gütermarkt-Stage, a local hybrid monthly market that serves as a community development format. This way, local youth got a second stage (in addition to the V.I.P. Box) to loudly present their culture of disagreement.