Developing Cultural Formats Through a Community of Inquiry, Miodrag Kuč

The recent revival of 'communities’ has started to exert influence on the urban planning level, as evidenced in the striving for more inclusion and integration. It feels like a repetition of the old mantra of urban renewal, only this time in an over-accelerated society. 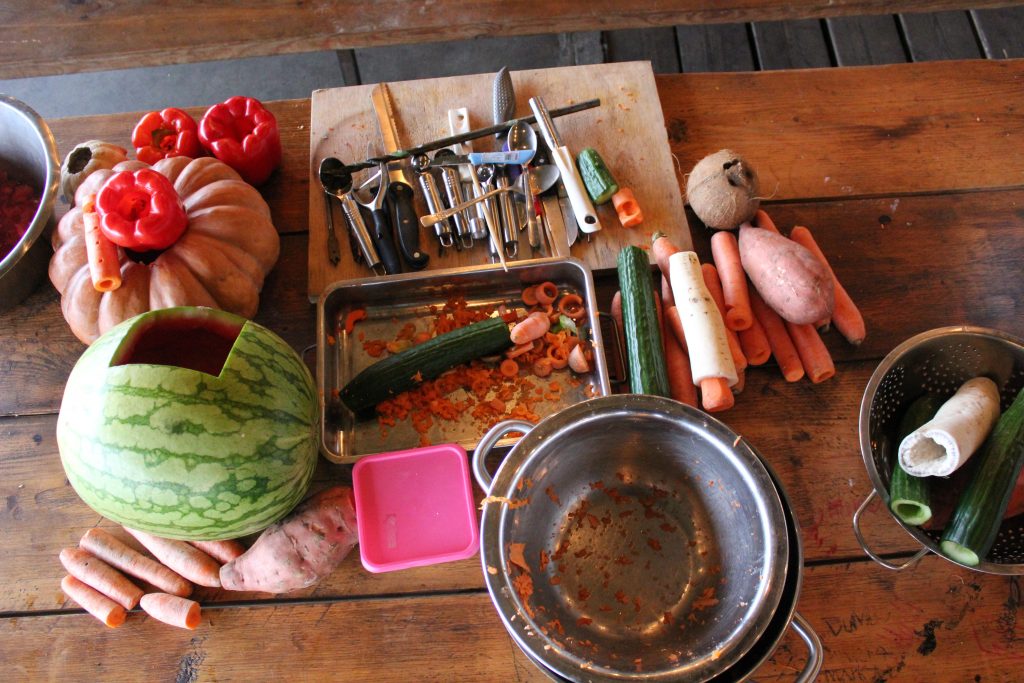 The current pseudo-participation models, based on some public hearings and events, have become not just mainstream, but also a field of contestation. In parallel to this, place-making ambassadors are finding it difficult to update the original place-making concepts in a reality that is now both heavily digitalized and driven by inequalities of access. In the framework of the Shared Cities: Crative Momentum, the KUNSTrePUBLIK team is working in the growing gap between an overloaded bureaucracy and state-alienated citizens. Driven by our own ever-changing position within institutional discourses, we are trying to question global trends through the lenses of local practices and to look through the neighborhood-optics into the cracks of wider socio-economical developments.

For this reason we have decided to move from static concepts such as a community of interests/practice towards a community of inquiry which develops the knowledge embedded in social context and focuses on self-empowerment. 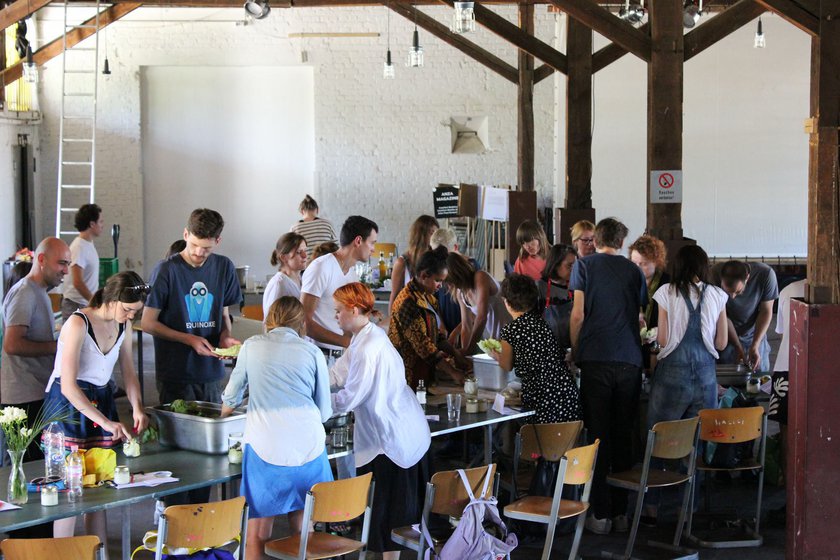 The cultural formats Food&Footage* and Güterverkehr* assemble less traditional audiences (in comparison to formal public participatory processes) with the aim to support collective knowledge formation through unplanned cooperations emerging in the non-formal atmosphere of these events. Derived from site-specific features of the Moabit district, such as hyper-diversity, various marginalized communities and post-industrial labor shifts, we see Food&Footage and Güterverkehr not only as cultural formats, but rather as tools for maintaining the heterogenic local ´ecosystem´ of different people and their relationships. 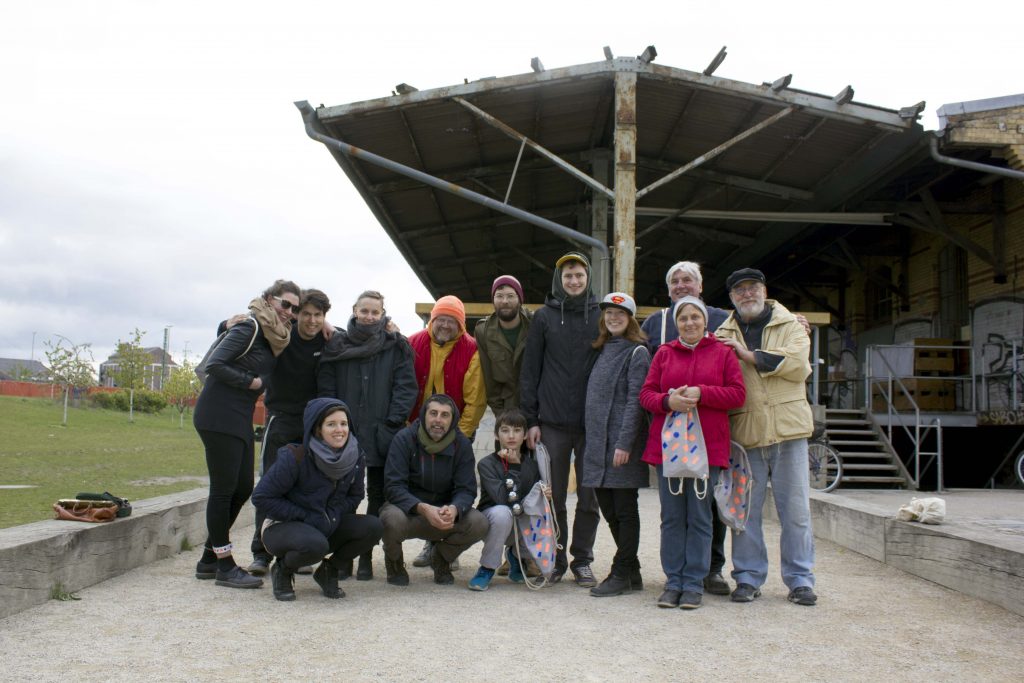 Güterverkehr #3 Bouleodrom. Building a cross-generational collective narrative with a crew formed around the local Boule-court © ZK/U

The Food&Footage setup is rather simple: cinematic and gastronomic experiences are blended together into a four hours of programme. This dualism can be treated differently by curators & chefs, but should aim at a synchronization of food and movies. Both food and movies constitute invitations for people to join in communal activities, but establishing an interaction between them provides a great space to trigger cross-thematic exchange and stimulate further thoughts and actions among people. Shared experience, critical questions and social cohesion are reproduced in the scenography of dinner over a film. FF enables a discussion with movie-makers and fosters a sense of belonging over a shared meal. 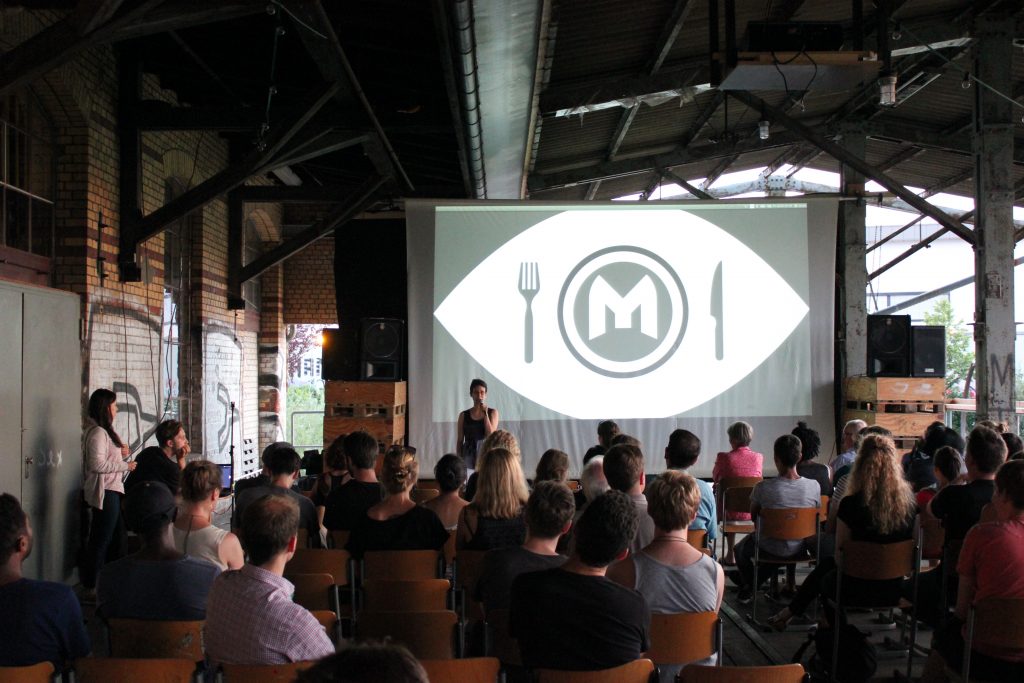 Food & Footage. Curator’s Introduction before the start of the movie © ZK/U

Since there is no entrance fee and the two-course-meal is subsidized, a relatively wide audience-spectrum has been coming to Food&Footage events. Women, youngsters, the elderly, people of diverse ethnic backgrounds and people with a less profound knowledge of the German language have been frequent visitors at KUNSTrePUBLIK’s premises. Note that these groups of people are usually less involved in the process of formal urban planning. 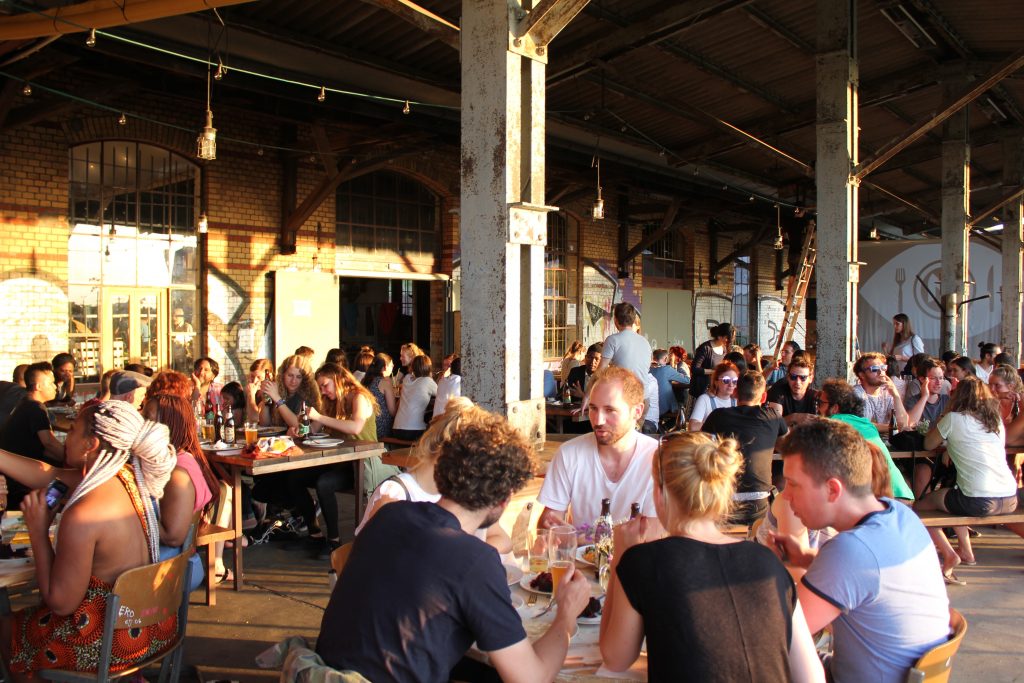 Güterverkehr on the other hand is not ‘curated’, but rather co-produced together with different communities of inquiry. Themes shift according to needs, e.g. from fermentation, DIY-cosmetics and instruments, the Art-of-making-good-bread to more complex issues. Güterverkehr develops from the precondition that all forms of knowledge are valuable and tries to come to a concrete ‘product’ or situation within a period of five hours. In a setup in which different, often random, groups of participants explore a new theme, unforeseen outcomes and social relations are often the result. Some members continue on with the topic after the initial event, sometimes a product becomes reused and further developed, and very often new alliances are formed. 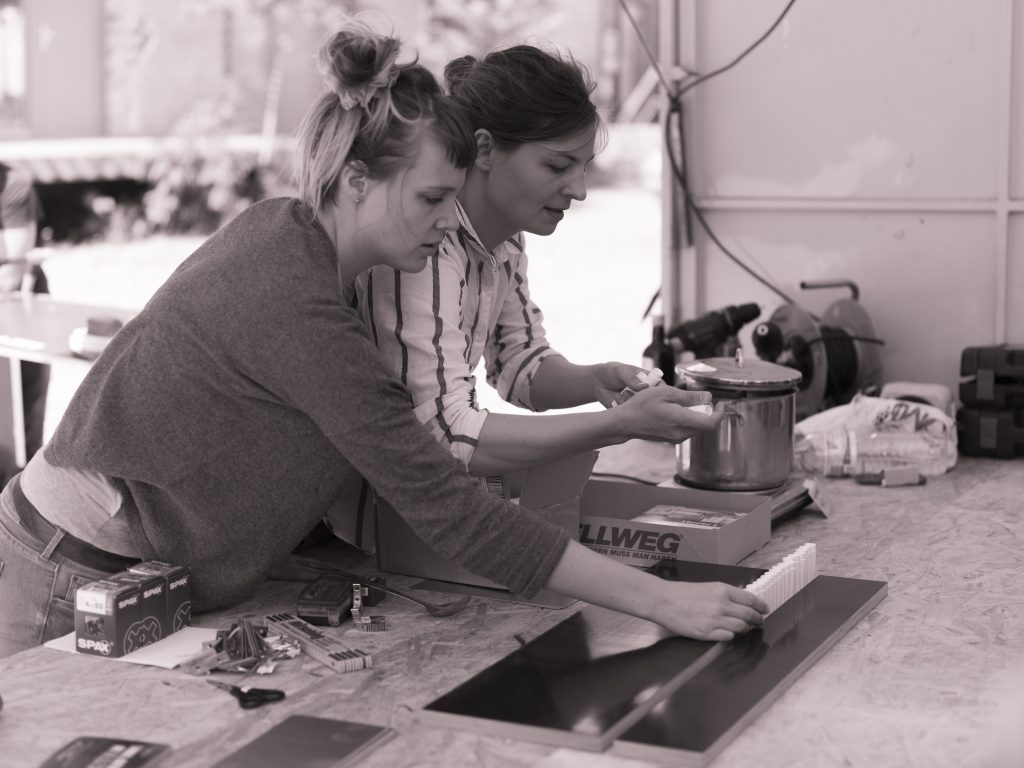 Both Food&Footage and Güterverkehr have been tested in 2017 and offer solid potential for a long-term strategy of building a particular educational program. Our critical urban pedagogical approach is based on clashing community-driven practices with the worlds of academics, artists or office representatives. In this sense, both concepts present an important step in understanding societal changes in our immediate surroundings. They help to widen the notion of formal ´top-down´ driven public participation processes and the logic of ‘best-practice’. 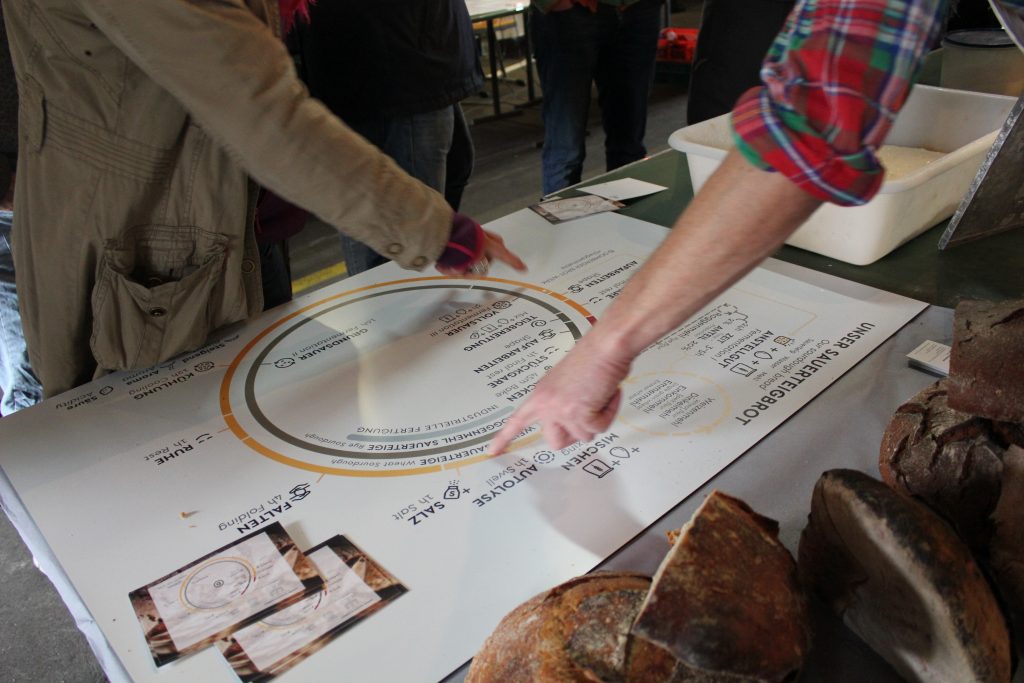 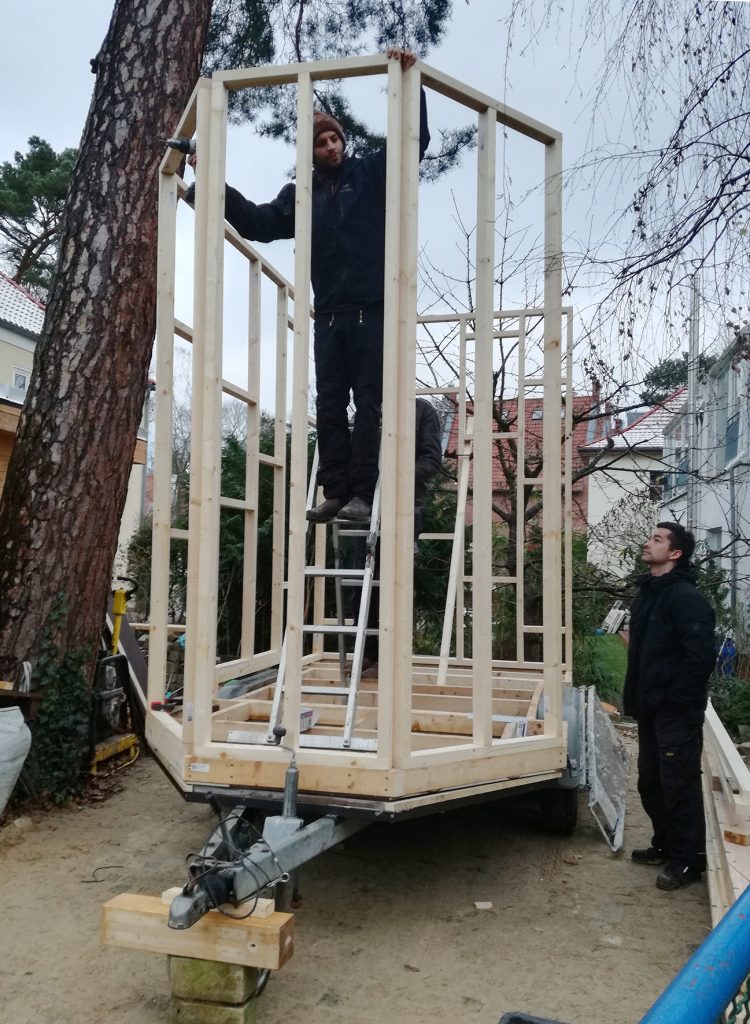 Güterverkehr* – literally Traffic of Goods; in our case represents a synonym for the mobility of ideas and the productive clashes of different knowledge types