SHARING HAS ALWAYS BEEN PART OF CITY LIFE. YET IT’S STILL UNCOMFORTABLE.

As part of Shared Cities, reSITE organized three conferences on trends in architecture and urban planning. What impact did joining the Shared Cities network have on the development of reSITE as a global forum? And what motivates people to share in a big city? Find the answers in the interview with Martin J. Barry, Founder and Chairman of reSITE in Prague, Czech Republic. 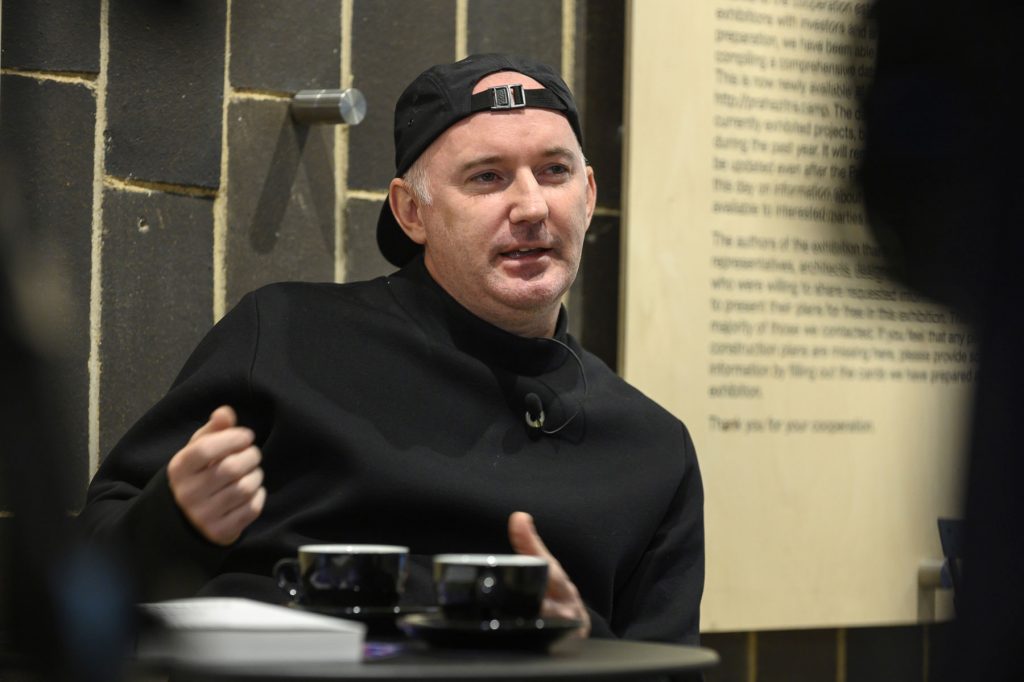 “When you share ideas on how to arrive at a better city, there is uncomfortable friction. This friction is creating better results – not only in our project but in solutions for urban challenges.”

As part of Shared Cities, reSITE organized three conferences on trends in architecture and urban planning. What impact did joining the Shared Cities network have on the development of reSITE as a global forum?

The reSITE forum has always been aimed at international insight into Pan-European issues, with Shared Cities focusing particularly on Central Europe. We continue that mission –questioning how we pool ideas, how we highlight and discuss the best solutions in the world in order to solve pressing urban problems. The challenges that we face and the solutions we present are focused on quality of life in cities. What we have done much better since the Shared Cities project started is to harness the power of community. The central premise of Shared Cities is how we share ideas across cities in order to arrive at the best possible scenarios. Thanks to Shared Cities, we were able to study new areas but also to offer our partners exposure, interaction and networking with a global community we have built dealing with urban challenges. The epicentre of this community is Prague. Now, it has ripples as far as Hong Kong, Tokyo or San Francisco.

A big topic of Shared Cities and of reSITE is collaboration. What is it like to cooperate within Shared Cities – a rather diverse network of eleven partners?

When I came up with this name “Shared Cities” I thought that using “sharing” would be easy. It’s a natural phenomenon that has always been part of building cities – they are mankind’s greatest invention and sharing is central to that invention. What we learnt in the process is that while all partners have the same vision of making better cities, the way in which we arrive at that is completely different. Sharing can be uncomfortable – like to ask your neighbour to borrow their couch because you don’t have one. You owe something to somebody when you’re sharing. When you share ideas on how to arrive at a better city, there is uncomfortable friction. This friction is creating better results – not only in our project but in solutions for urban challenges. We have learnt to like friction.

When we designed Manifesto, we wanted to create a communal setting because food is communal. We set up this long table, almost 30 meters long. It is the most popular place in the market now. Food acts as a medium to open ourselves to other people and cultures. We have 35 nationalities and over 300 people working within the Manifesto community. They bring different cultural nuances to food. When you see someone eating something from Israel, Hawaii or Mexico, it opens up your mind, you start talking to the person next to you. Food is natural to use for opening up.

As an outsider from New York City, what did you find striking about Prague, when you first came in 2011? How has your view changed now that you’re a resident?

My first impression was like any other foreigner’s who comes for the first time – wow, it’s so beautiful. On a second look, I realized that while public transportation is excellent, public space is really bad – most strikingly on the river front. There’s not even furniture provided by the city, it’s filled with advertising. So, the first thing reSITE focused on was how to improve the river front which is where people come for beer or festivals. Developing the public space there was a new idea, but the city wasn’t interested. Now, as a resident I appreciate the pace of Prague and its scale that allows a laid-back lifestyle. The public spaces are adequate and it’s comfortable and reasonable to live here, that’s really important. A city like New York, which I love, with its great public spaces like arenas for theatre, its cultural exchange and food, is exciting but at the same time also exhausting. In New York City, there are great public spaces but bad ones as well – like 600 miles of undeveloped waterfront. At reSITE, we believe that we have had a huge impact on how the city views development and planning – the city started a new planning institute “IPR” with a centre for architecture “CAMP” to bring the public into discussions on urbanism. It published a new strategic and metropolitan plan, a manual for public space and architectural standards – all modelling examples from European cities we’ve been presenting at reSITE. This is proof that soft projects like Shared Cities have huge potential impact on cities.

What motivates people to share in a big city?

Historically, sharing has always been a part of cities – people moved to cities primarily for jobs, to improve their lives and to gain more knowledge that comes from interacting with others. Now, there’s more of an economic imperative than a social one to share. Because of affordability issues we see sharing as a central theme in cities. Sharing space primarily – office space and housing. Now, the jury is still out on whether that’s good – being forced to share apartments because we can’t afford them. Certain people like me live in a smaller space, because we want to live in the centre of the city. We’re changing our lifestyle, not buying cars. This urban change is good, it makes cities more vibrant.

Shared Cities is based in Central and Eastern Europe. What is the city-making process like in a region carrying the legacy of decades of top-down planning?

In Prague, for example, there’s a planning institute, that’s been started, IPR. But there aren’t many public tenders for urban design that private firms can participate in – like redesigning a street or a public square. The mentality is changing, but it’s decades of thought process. It would be a total cultural shift to do something that New York, San Francisco or Vienna regularly do – to lodge a tender to select the best qualified firm for civic projects. IPR has launched 17 public competitions since 2014 – but no project has gone forward in terms of construction. Legacy issues – too much complicated bureaucracy and complicated politics – stand in the way of getting beyond the competition phase.

Together with Z/KU, a Shared Cities partner in Berlin, reSITE invited resident artists to explore the theme “Share your heart. Share your city”. What were the outcomes?

For me, there were two highlights. First was the “Waschsalon” – a public bath in a modern format where people wash each other and the water is warm thanks to waste heat recovery from laundry machines. We created a protected zone in the public space to share our bodies – in a non-sexual way, using water to wash each other. Waschsalon was an intriguing concept, a place with a lot of emotions and cultural constructs. It also referred to environmental issues with water and energy. The second highlight was by Olga Labovkina who created a space through dance. That’s way beyond the boundaries of anything we’ve done in the past.